We decided that we wanted to replace the entire water infrastructure from the very beginning due to rust problems we've had for the last several years.  One of the first things we had done was have the well pipe replaced from galvanized steel to PVC.  Several years ago we replaced the tank which didn't fix our issues (the submersible pump was replaced as well).  We also decided that we would replace all of the pipe in the ground leading from the well to the house.  TJ rented a trencher and installed and buried the pipe. 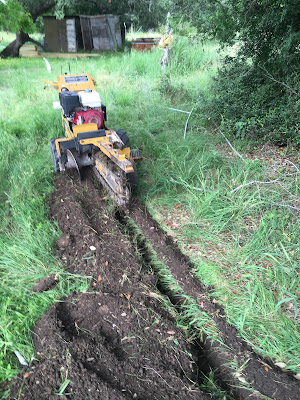 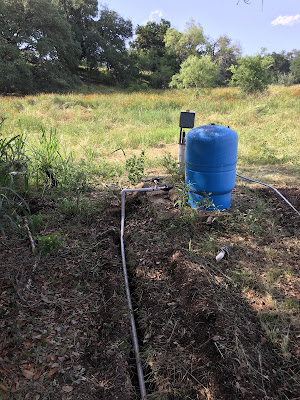 The trencher cost him about $100 for a day.  He trenched from the well to the house, with a few detours off of that to the back of the house for a garden water faucet, and the front of the house for a water faucet out there as well.  He also trenched from the well to the electric pole so that we could properly bury the romex for the power cable for the pump.  We don't want to be hitting that with the lawn mower anymore! 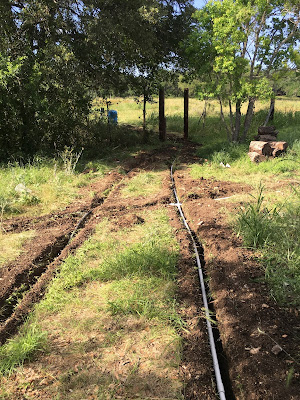 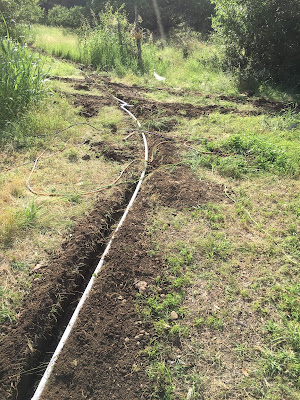 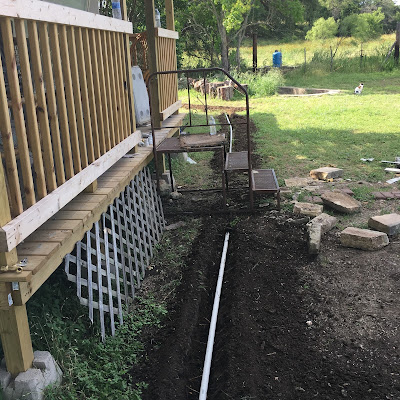 The new faucets are also a welcome sight!  I'm definitely going to want a faucet close to the garden, and the front faucet will be great for watering grass and plants. Hopefully now we'll also be able to burn trash and tree limbs and things with water close by.
Since we're running a completely new plumbing system, TJ will have a plumber friend help him to make sure everything gets done right inside and out.  One of my big concerns with all new pipes, etc. is to make sure that we get enough water pressure in the house.  We may have spoiled ourselves a little bit by living a few years in the city.  You can definitely take things like good water pressure for granted! 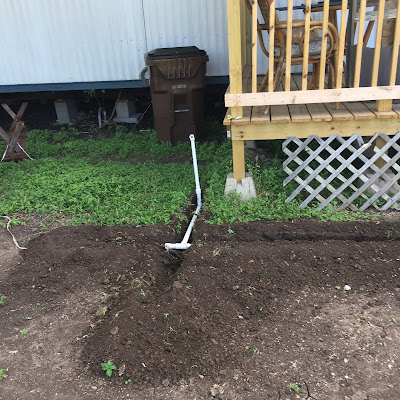 I'm super stoked about our new water pipes!  Eventually I'd like to look into maybe changing out our well pump with an above ground solar powered pump and a large secondary storage tank.  It would be super cool to have a decent water reserve and not have to pay for electricity to power the water pump!  But those upgrades will need to wait, I'm just glad to be getting plumbing in the house!  That means our mobile home renovation is progressing!
Posted by Gem at 10:57:00 PM 23 comments: 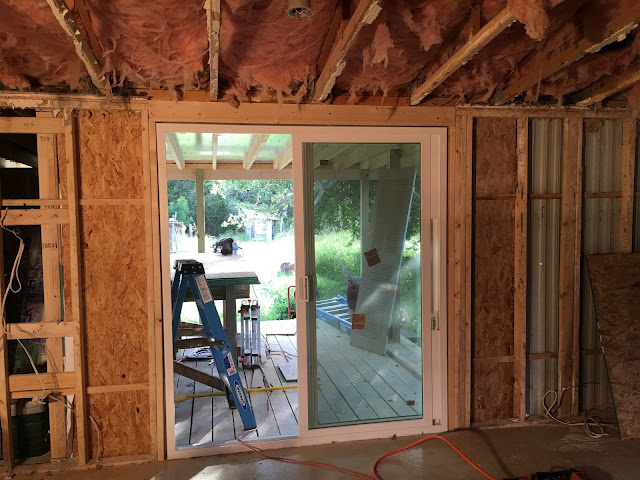 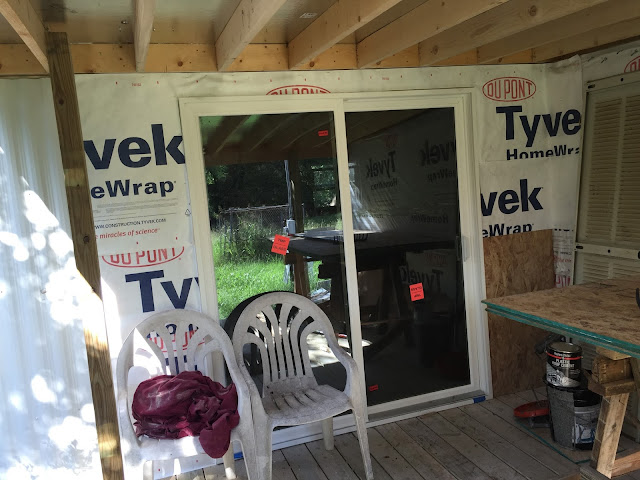 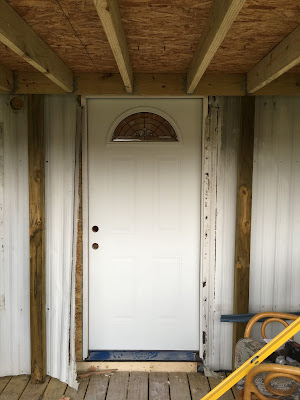 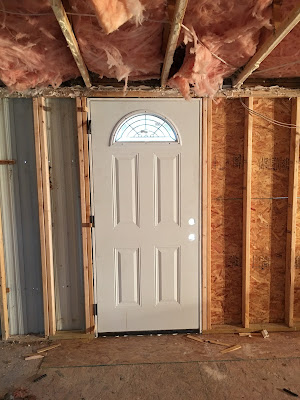 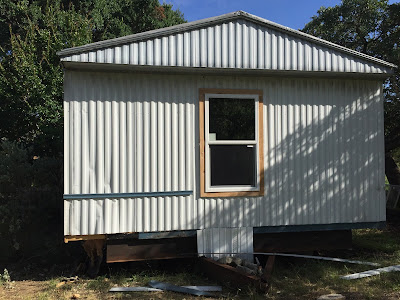 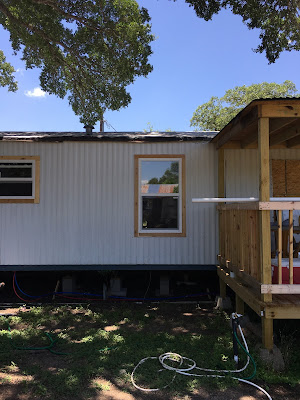 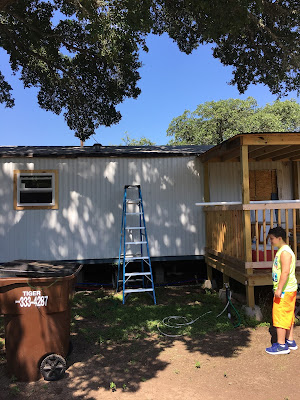 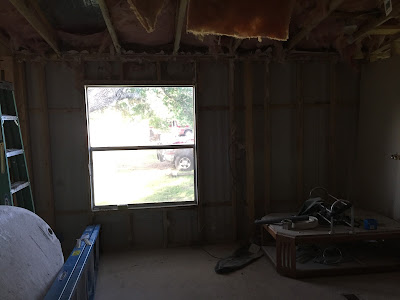 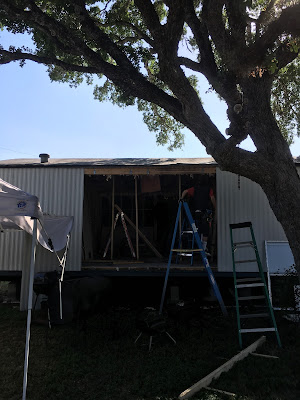 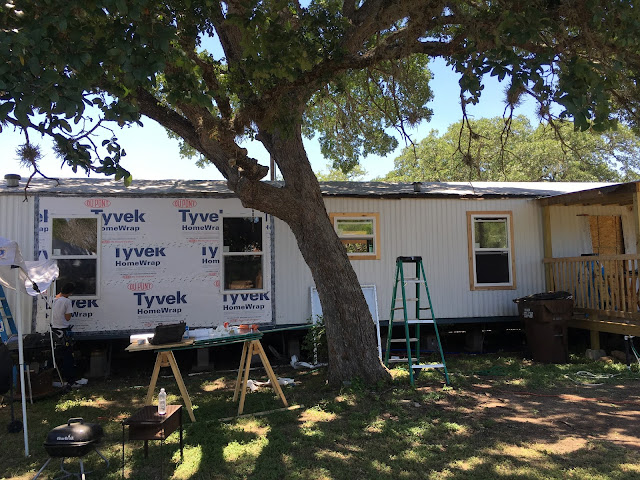 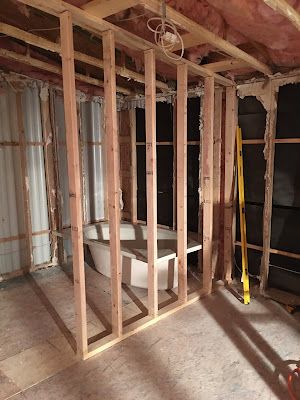 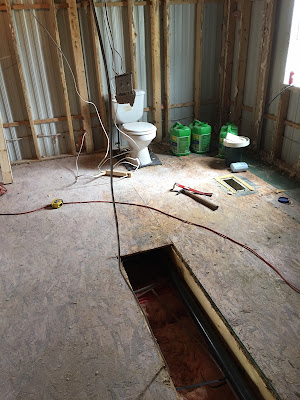 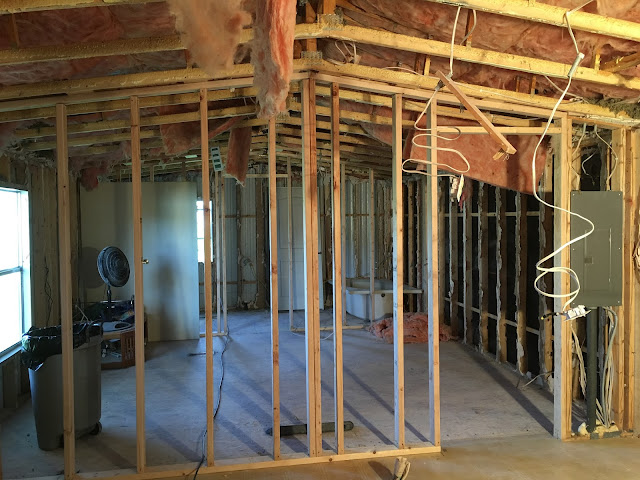 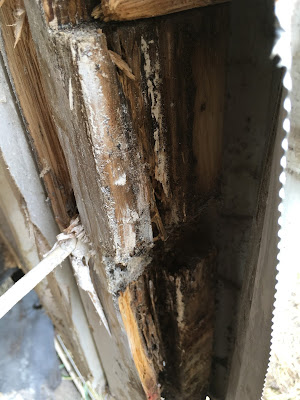 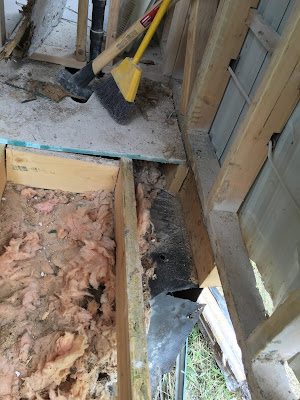 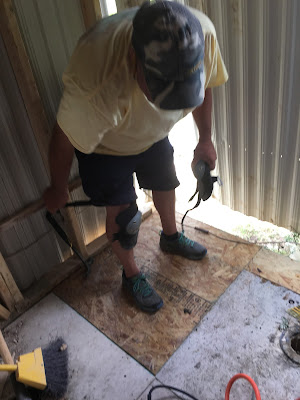 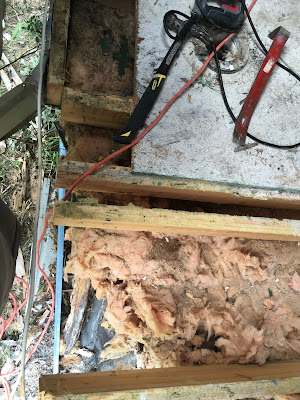 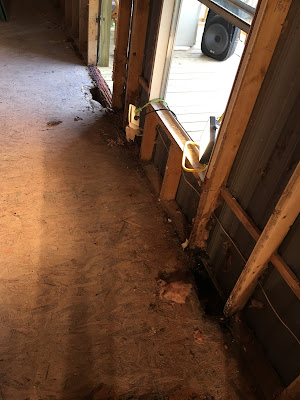 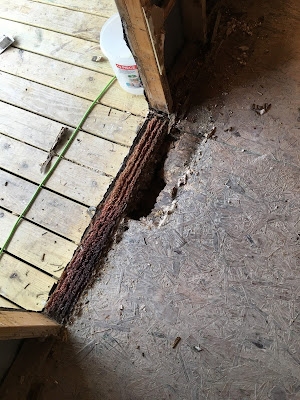 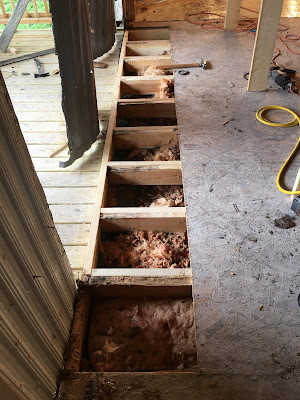 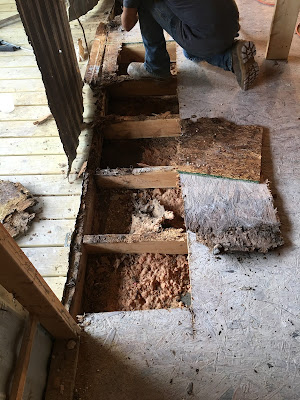 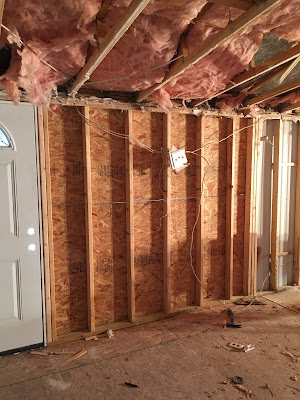 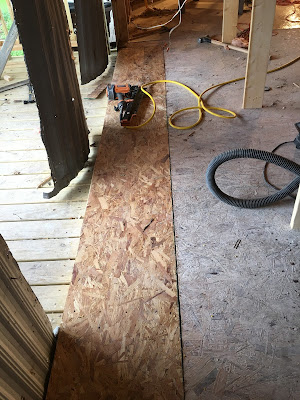 Here's the subfloor and frame replaced, and OSB put up on the outside.  Looks so much better!  We also didn't put the window back, we'll be putting one in but slightly moving it over towards the kitchen.
Looks like our little mobile home remodel is coming along!  We're pretty stoked but are certainly feeling the burn of being in the middle of a remodel with so much to do and not enough hands to get it done as quick as we'd like to!  But now that these repairs are completed, hopefully things will start moving quicker.﻿﻿﻿﻿﻿﻿﻿﻿
﻿
Posted by Gem at 1:07:00 PM 5 comments: