In planning the inside plumbing for our Mobile Home Renovation, we decided we would move where the water comes in, because we wanted to move the water heater to the addition.  Before the renovation the water heater was in between the 2 spare bedroom closets, which was taking up much needed closet space from our little girl!  So we tore out the old water heater, re-framed the closets to make them bigger, and re-routed the outside plumbing to come into the new pantry/utility room in the addition.
We used 1 inch PVC from the well to this point, then reduced it down to 3/4 inch PEX with a ball valve.  We're told the ball valve is more reliable than the gate valve, allowing more control to stop flow.
We decided to go with PEX because it was cost effective, flexible, and fast to roll out.  This made the project easier, especially in a mobile home.  This also meant TJ got to buy more tools!  In order to install PEX you have to have special crimpers for installing the fittings. 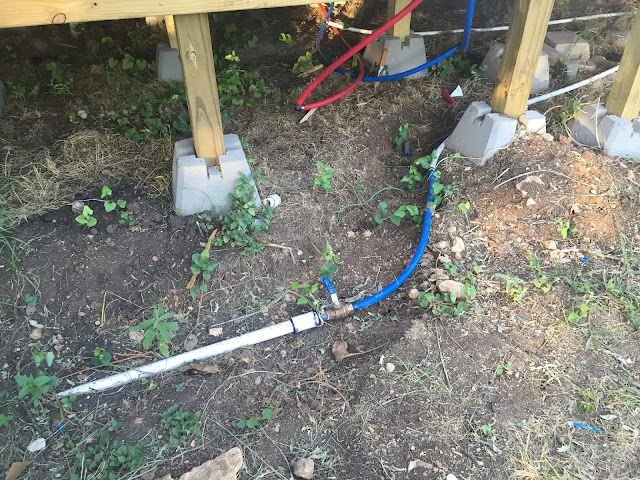 This picture shows the handoff from the pipe coming from the well to the tubes that will go inside (with a shutoff valve).  The water will actually come in to an area for a proposed water filtration system, then go to the water heater from there. 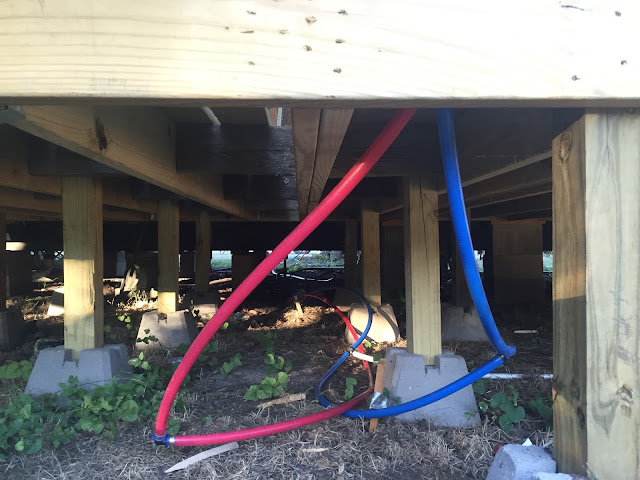 There are pipes laying on the ground right now because they come up into the house from the floor, then run up through the walls where it's needed (utility room, kitchen and 2 bathrooms).  These pipes will eventually be strapped down to the ground which should provide warmth and ease of access later on. 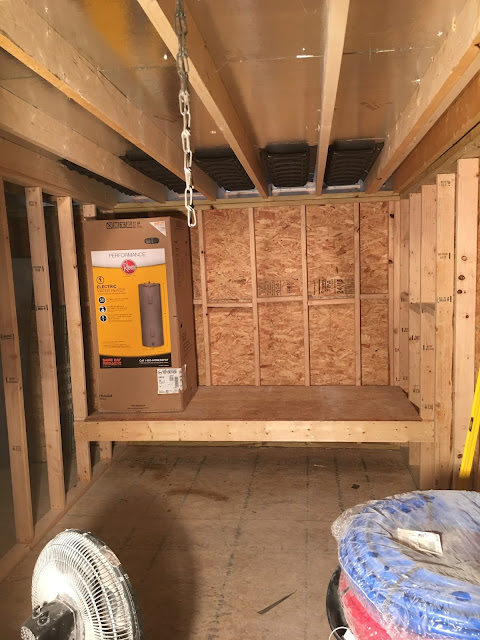 This first picture shows the new utility room/pantry from the doorway.  TJ built a platform for the water heater, washer and dryer to sit on so they aren't so low to the ground.  You can see the placement of the water heater there where it sits in the box. 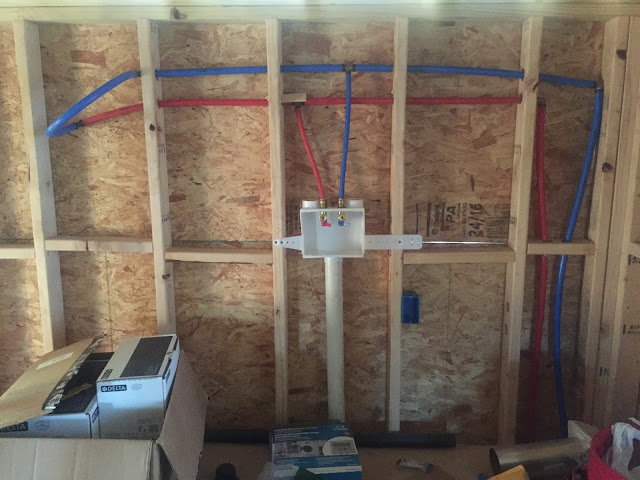 In this picture you can see the water heater removed and the lines and valves for the washer and dryer put in.  I love these colored tubes, there's no mistaking which is which. 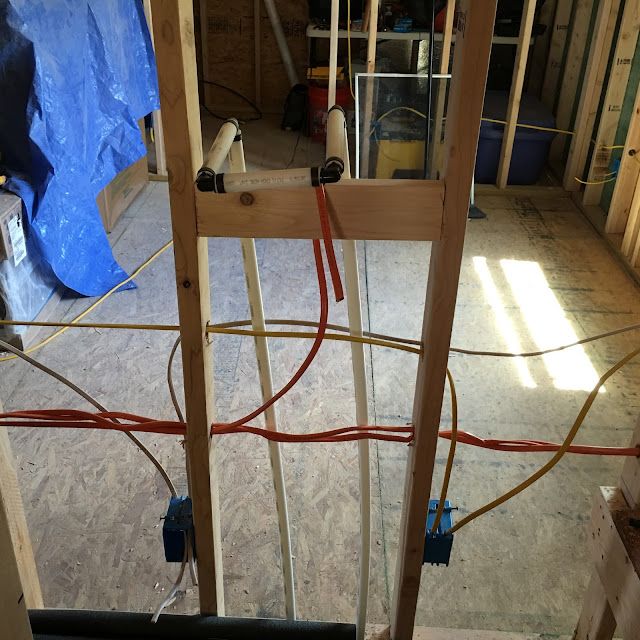 This picture shows the plumbing for the water filtration system that we will be installing.  It's a complete circuit right now until we are able to install the water filter.

Plumbing for the tub in the master bathroom 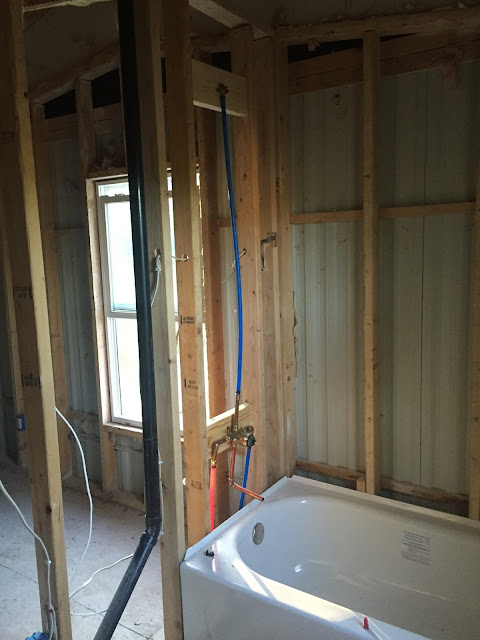 Plumbing for the tub in the guest bathroom 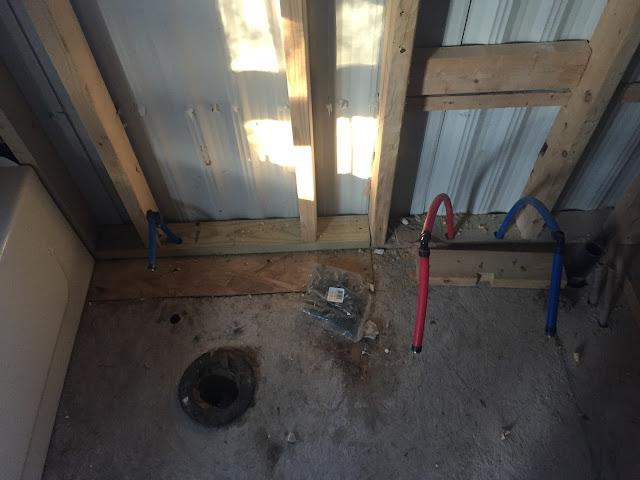 Plumbing for toilet and sink in guest bathroom
Since we are plumbing in a mobile home I believe it makes things so much easier to be able to run plumbing up from the floor directly to where we need it while leaving the majority of the pipes under the house.  We've discussed adding small access panels in a few areas to be able to access the plumbing for the showers/tubs from behind in case of problems in the future.  The majority of this plumbing job is done!  This means our little mobile home renovation is still moving along!
﻿
﻿
Posted by Gem at 9:49:00 PM